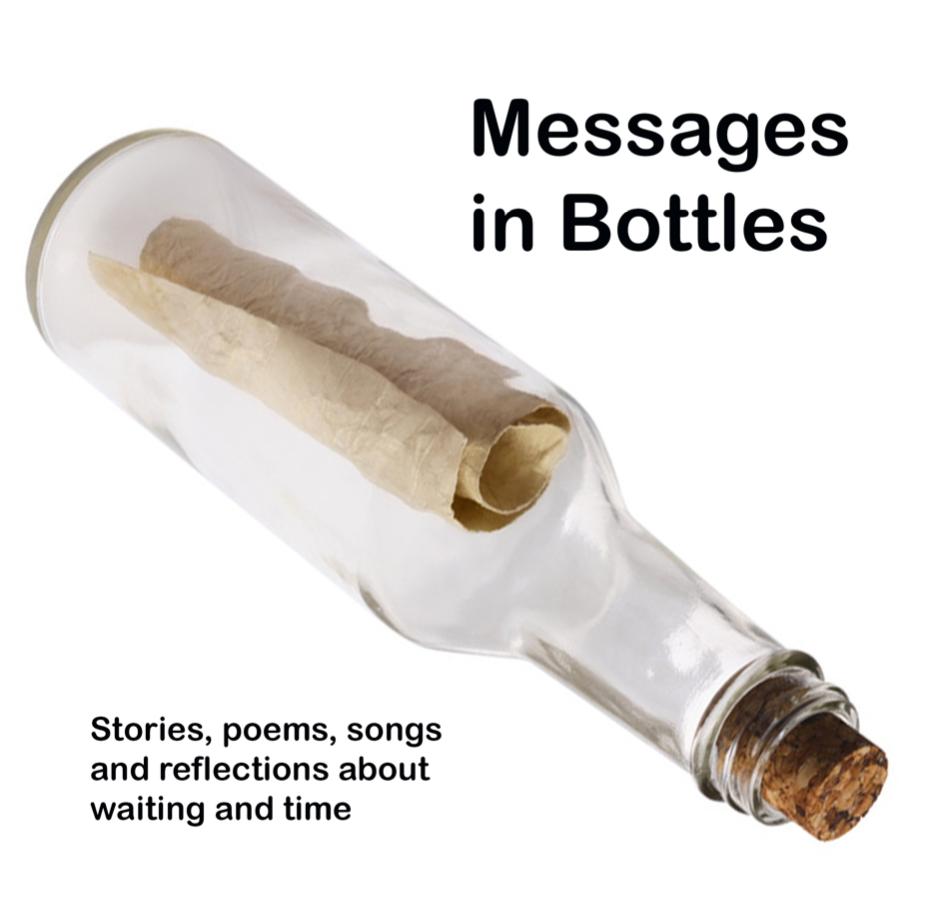 How we started working with Hospiscare

The Waiting Times PIs – Professor Laura Salisbury (Exeter) and Professor Lisa Baraitser (Birkbeck) – had already begun discussions with Dr Jim Gilbert at the Hospiscare day hospice based at the Royal Devon and Exeter Hospital prior to making a funding application to the Wellcome, so the connection was already in place when I joined the project.  We consulted with Dr Gilbert and with Maggie Draper, one of the directors of Hospiscare.  During our consultation, we were keen to discover what needs and interests Hospiscare had.  We didn’t want the ‘engagement’ to be a one-sided servicing of our research requirements.  In these consultations, we discovered that Hospiscare had a need for workshops and activities at their day hospice at Honiton, and that the charity itself was keen to develop some case studies of their service-users and their wider community to use for fundraising and awareness campaigns.  Similarly, Maggie explained that they had a variety of visiting events and workshops for service-users and would be really keen to try out a storytelling programme.

From the outset, Jim and Maggie were very supportive and enthusiastic.  They were open to discovering whether a collaboration with Waiting Times could be of mutual benefit to Hospiscare, its service users and our researchers.  After consulting at this level within Hospiscare, we moved to a series of consultations with staff at the Honiton day hospice, including nurses, professional carers and managers.  Together with Hospiscare staff, we workshopped ideas for our engagement – a process that was equal parts humbling and instructive regarding our understanding of the demands and capabilities of the potential participants.  These consultations and discussions were vital to aligning our interests and building a shared set of goals and aspirations for the work, and set us up for a successful partnership.

The ordering concept of the Messages in Bottles project was that we wanted to recognise and respect that our service-user partners were most likely at a moment in their life when they couldn’t reasonably project themselves into the future with any certainty.  By working with them to enable them to send out a message (or messages, as it turned out!) to a different time and place and into the life of a reader (or readers) outside their own situation and moment, we thought we’d be offering them a projection of themselves into a future which otherwise wouldn’t include them.

“I am sending this message to a friend on a desert island.  Someone I have not seen for a long time.  They are in the past, and I think of him at all times.”

Kelechi Anucha (Exeter) and I worked on three series of story sharing workshops at the hospice over the year from October 2018.

The hospice has two separate sessions of service-users, one on Tuesdays and one on Thursdays.  Additionally, the hospice runs an open, drop-in café session on Wednesdays, for people without referrals to the service, but who comprise the broader day hospice community, including volunteers, carers, the bereaved of former service-users and those potentially interested in becoming service-users.

This first series of workshops was with the Tuesday service-user group of eight (although one service-user dropped out due to poor health), in October and November 2018.  The workshops were semi-structured and were devised (and re-worked) on an ongoing basis in dialogue with the participants.  All decisions about how to tell stories, how to share them and how to manage the workshops were made through discussion and negotiation within the sessions.  We would come into the sessions with some prompts and stimuli for reflection and exploration, but we avoided having a prescriptive, deterministic sense of what these prompts should produce or what stories people ought to tell.  In every sense and at every possible moment, the sessions were being co-created and co-structured by all participants, and sessions began and ended with open discussions about the direction we might want to take both for that session and over the entire course of the work.

“So, I think waiting is something; it’s a state of mind and how you cope with it.”

Part of the ethos for the work was an approach of gift-giving and sharing.  For us researchers, this meant demonstrating that we wanted to give means to the participants to have a rich experience.  In very practical terms, this meant ensuring that the sessions were well-resourced.  We brought in glass jars – because, in consultation, we learnt that actual bottles would be far too fiddly! – in which participants could keep their notes, ideas, finished stories, prompts and pens.  We brought recording equipment from the university’s Digital Humanities department, again after our consultation work with Hospiscare taught us to reassess our expectations of participants’ literacy and dexterity. Most importantly, we used transcription and creative publishing programs to produce attractive, colourful print versions of participants’ stories, which we would give to them at the start of each session.  We hoped that this would encourage participants, as they saw their stories and ideas materialise weekly.

Over the duration of the six weeks with the Tuesday group, many stories were shared and written, and participants (service-users, researchers and carers alike) developed and thought about their stories between sessions too.  At the end of the six weeks, we presented the wide variety of short stories, vignettes and reflections to family, friends, colleagues and other members of the hospice community at a showcase event at the day hospice.

All three sets of workshops culminated in a showcase at the hospice for the participants, their friends and relatives and other members of the hospice community.

“I took the opportunity to stop and I enjoyed the view and at the same time was considering my situation.  During this contemplation, I made a number of decisions.  The major one was that I didn’t want this to be the last time I would watch the changing of the seasons.”

Together, we produced a collected booklet of stories and vignettes.  We also produced a CD of stories, with participants introducing a piece of music connected to an important moment in their lives, and a map of the UK charting their individual life journeys represented by string ‘life lines’ all converging on this moment and place.  With the Wednesday and Thursday groups, we created some short films.  The songs and films are available below.  Please have a listen!

Undeniably, we learnt a lot about the temporal perspectives of people at the end of life.  In this sense, we produced something we could call ‘data’ for our research project.  But as an ordering objective or rationale, that was never central to how we conceived what we were trying to do, and it became even less visible as the work proceeded.

What we really learnt was how we might create and engage with publics to collaboratively produce an intervention that works to meet the needs and interests of all partners.  We discovered how collaboration and co-creation transform organisations, even those already as democratic and horizontal as Hospiscare.  In this case study, the language has shifted from dividing people up as service-users, researchers, nurses, carers and so on to using one unifying term of ‘participants’.  This represents how the workshops gradually eroded those distinctions between us in the room.  By the final session, formalities and structures had been done away with, and we talked and recollected and shared and invented in a free form discussion, in which the barriers between the poorly and the well became barely perceptible.

That is not to efface the very real existential differences that different participants brought to the work.  We didn’t ignore or trivialise the fact that some of us may well be in the final moments of life, rather we found ways of holding that reality and sharing the space together.  This practical experience of holding and sharing in the recollection and the experience of vulnerability or ill-health has opened up new avenues of intellectual exploration for us as researchers into the practices of caring for and being with people through the telling of stories of temporality and waiting.

“I tend to write almost every day I am on dialysis because that is dead time, if I don’t use that time.  I am on dialysis for three and a quarter hours when I’ve got absolute free time, which can be a curse if you’ve got no imagination.”

We are now working to curate these stories both as an online archive – which is here on this page in embryonic form – and an exhibition in Honiton open to the public.  We’re excited about continuing our partnership with Hospiscare, and we’re so grateful and honoured to have been able to share in these moments of waiting.

“I like coming here.  There is a good crowd of people here.  You know, it’s like a family here.”

One member of the Wednesday group reminisced about watching starling murmurations at a different point in their life, and we began to talk about how the murmuration – with all the individual birds travelling on their own journeys, in their own absolutely unique way, yet together forming one shared movement in space and time, in which all of them were held – worked as a metaphor for the time we were sharing together, waiting together and telling stories of our incredibly different lives but together in this shared space and time.

So, we decided to set some of these stories of waiting to images of murmurations from Michael’s home town of Brighton.

Tracks of Our Years

The participants each brought in a song that evokes a particular moment in time to share with the group.  They talked about why it was important to them and what that time in their life meant.  We heard stories of the everyday and the once-in-the-lifetime.  Some were sad.  Some were funny.  All were remarkable.  Some times had passed.  Some endured.  All were brought alive again in the room together.

We hope you enjoy listening to these as much as we enjoyed telling them. “It was the time my brother was born … I wasn’t allowed into my mother’s room …through all my trials and tribulations, he’s totally with me now.” “Suddenly, it came on, and I thought – ooh – it was just lovely and inspired me, I suppose.” “It just brought us closer together really, and it made us feel, as the song says, happy together.” “When I saw my wife walking down the stairs singing Hello Dolly, I was so proud and so pleased to see her” “Whenever I hear it, it still catches me.  She died 13 years ago, but you don’t forget these things in a hurry, do you?” “Delilah was quite a changing point in my life. In fact, it sent me in a completely different direction.” “I was really in a process of change and finding myself, and I heard this song …” “I’m not bothered about pleasing anyone, but myself.” “My grandmother was amazing and she used to play the old pump organ for the Sunday school.” “The reason I’ve got rapport with this song is the fact that that’s how we were when we were younger.  I can remember my father wearing clogs.” “It was an absolute thrill.  A great big band.  A singer.  It was perfect.  I’m sad those days aren’t here anymore.”