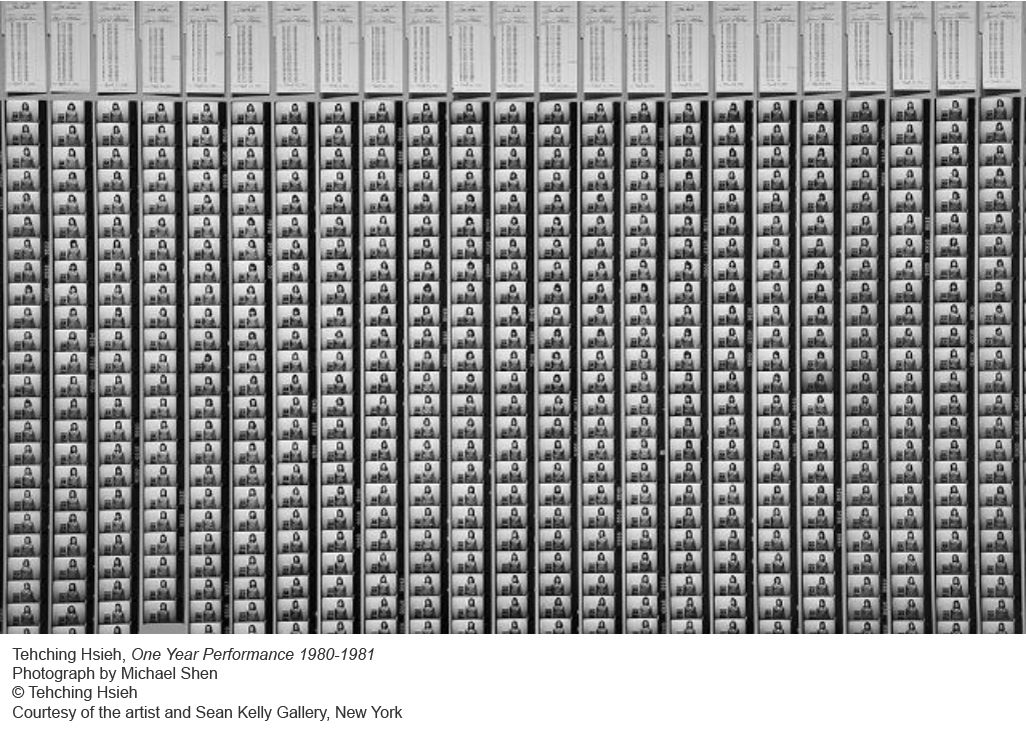 I am a Professor in Medicine and English Literature.

have research and teaching interests in modernist, postmodernist and contemporary fiction; medical humanities; modernity and the contemporary; poststructuralism; philosophies of temporality, ethics and affect; psychoanalysis; neuroscience and language.

I have published widely on the work of Samuel Beckett, including a monograph entitled Samuel Beckett: Laughing Matters, Comic Timing (Edinburgh University Press, 2012). My research has also been centrally concerned with the relationship between modernism, modernity, and early twentieth-century neuroscientific conceptions of language. I am currently writing a cultural history of waiting in modernity.

I work in the English Department and in the Wellcome Trust Centre for the Cultures and Environments of Heath. In the Centre, I am currently leading a critical and creative Beacon project called The Index of Evidence on the relationship between health and evidence in a post-truth context. I am also President of the Samuel Beckett Society. I joined Birkbeck as a faculty member in 2005, and have been involved in the development of Psychosocial Studies at Birkbeck ever since. My first degree was in Medical Science and Psychology, followed by a Master’s in Counselling and Psychotherapy, and a PhD in Psychology. Between 1995 and 2005 I trained as a psychodynamic counsellor, and worked in a range of mental health settings, thinking through the psychological ramifications of violence, abuse and poverty in the lives of women. During this time, I was also the Artistic Director of an experimental theatre collective known as PUR. Since taking up an academic position, my research is on gender and sexuality, motherhood and the maternal, feminist theory, psychoanalysis, and philosophies of ethics, affects, materiality, temporality and event.

My current research is on gender and temporality. I am interested in time that fails to unfold, and the place in contemporary culture of various forms of ‘stuck’ or suspended time that play out in relation to the more and more ‘qualified’ time of work.  I am writing about temporal tropes such as waiting, staying, delay, maintenance and endurance in relation to a range of durational practices and social projects (psychoanalysis, mothering, care, incarceration, activism) in a bid to understand affective survival in late liberal conditions. A new monograph, Enduring Time, is published with Bloomsbury (2017).

I am joint PI on the Wellcome Trust Collaborative Award Waiting Times project. I am a PhD candidate working on the relationship between time and care in contemporary end of life narratives, supervised by Professor Laura Salisbury.

Previous to this I completed my MA in Modern Literary Studies at Goldsmiths College, University of London. My MA dissertation considered posthuman visions of the body in twentieth century speculative fiction. As part of the ‘Mediterranean Imaginaries’ Erasmus program between Goldsmiths and the University of Malta, I also recently examined the aesthetics of ‘late style’ in J.M. Coetzee’s As a Woman Grows Older. 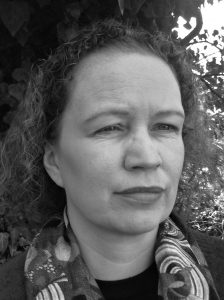 She was previously Senior Research Fellow in Mental Health at St. George’s, University of London, where she worked for ten years conducting research into services for adults with severe mental illness. She coordinated several large-scale studies there, including an international RCT about supported employment and a longitudinal study of continuity of care in mental health. She twice won the Tavistock Society of Psychotherapists’ Hamish Canham prize for papers on child psychotherapy (2014) and psychoanalytic work in schools (2010). She has a DPhil in English Literature, and her book, Writing Rape, Writing Women: Unbridled Speech (1999/2010), based on that work, is published with Palgrave. Her centenary edition of a collection of letters by her great-grandmother Olga Jacoby was published in 2019 as Words in Pain: Letters on Life and Death (co-edited with Trevor Moore).

She has particular research interests in the therapeutic alliance in psychotherapy and generic mental health care and in measuring complex interventions. She is a member of the Society for Psychotherapy Research. She is also a Series Editor, with Margot Waddell and Kate Stratton, of the Tavistock Clinic Series (formerly with Karnac and now Routledge).

She is Senior Research Fellow on the Psychic Life of Time strand of the Waiting Times project. I am a PhD candidate with Birkbeck, University of London, working on temporality and care in the community.

I have a professional background in mental health social work and human rights which I have pursued alongside an enduring academic interest in philosophy and communication.

I became interested in the connection between language and temporality as a postgraduate student of Rhetoric at the University of Central Lancashire. My dissertation was a study of how our everyday sense of worldly time can be altered and regulated using rhetorical devices.

More recently, I have enjoyed lecturing on social policy and advanced communication for undergraduate students in the School of Human and Social Sciences at the University of West London. My PhD at University of Leeds was in the semiotics of ‘schizophrenia’ and was cross-supervised by Professor Stuart Murray in the School of English and Professor Allan House in the Institute of Health Sciences.

I worked on a post-doc project with Professor Brian Hurwitz at King’s College, London, analysing post-WWII published medical case reports, and we hope to publish a paper of our findings in 2018.

I have taught psycholinguistics at Sheffield Hallam University, drama and Shakespeare at University of Leeds and worked as Teaching Fellow at Imperial College, London on the BSc in Medical Sciences with Humanities, Philosophy and Law. I am a Lecturer in Medical History at the Wellcome Centre for Cultures and Environments of Health at the University of Exeter, with research interests in histories of the British welfare state (particularly the NHS), chronic disease management, and commuting in the twentieth century.

My interests in time and general practice emerged from my PhD (University of Warwick, 2010-14), which examined histories of diabetes management and the remaking of medical professionalism in Britain during the twentieth century. Through subsequent post-doctoral posts at the University of Exeter, I developed this work into a monograph (Managing Diabetes, Managing Medicine, Manchester University Press), and undertook new research into the shifting strategies that patients developed to manage their lives and illness as medical innovation transformed diabetes’ everyday treatment and transmuted it into chronic condition.

For more about my Waiting Times work, ‘Hurry Up and Wait: Time, Waiting and Care in Post-War British General Practice, c.1948-1979′ see here. And for my conference papers, see here.

On my broader interests and publications, see here. Martin is an artist and thinker whose work considers existence with a severe chronic illness within our contemporary situation.

Martin suffers from cystic fibrosis and his practice uses physical endurance, hardship and pain based practices to examine what it means to be born with a life shortening disease.

He is famous for long durational or pain based solo performances as well as his collaborations with the legendary body artist Sheree Rose. Martin has been commissioned and funded by the Live Art Development Agency, Arts Council England, Arts Catalyst, Midlands Art Centre, DaDaFest, Spill Festival of Performance, and the British Council.

He has presented work throughout Britain and Europe, Canada and the USA. He was artist in residence at ONE National Gay and Lesbian Archives, LA, in 2015. He curated the ground breaking symposium ‘Illness and the Enduring Body’ in 2012. The book Survival of the Sickest: the Art of Martin O’Brien was published in 2018 and documents his work through his own artist writings, photographs and critical essays by scholars. I am a Postdoctoral Researcher on the Waiting Times project in the Department of Psychosocial Studies at Birkbeck. My project brings psychoanalytic thinking to bear on questions of gender, time and transition, focusing on an NHS service that supports young people who wish to explore their gender identity. I am interested in the psychic life of gender, and how we understand ‘waiting’ in the context of puberty suppressing treatment for young trans and gender nonconforming people.

Prior to joining Waiting Times, I worked as a semiotician and qualitative researcher in the private sector. I completed my doctorate in Gender Studies and Psychoanalysis at University College London. My book, Circumcision on the Couch: The Cultural, Psychological, and Gendered Dimensions of the World’s Oldest Surgery, based on my PhD dissertation, is forthcoming with Bloomsbury Press.

I am also pursuing a clinical training with the Site for Contemporary Psychoanalysis, and I am host on the podcast New Books in Psychoanalysis. Dr Deborah Robinson is Associate Professor (Reader) in Contemporary Art Practice at the University of Plymouth, and an artist who collaborates with scientists, artists, biomedical experts and technologists in the making of experimental installation artwork using moving image and sound. Her artworks have explored data transposition, questions of agency (human/non human), disease and mental health. Her work is exhibited in the UK and internationally. I joined the Department of Psychosocial Studies at Birkbeck in 2013, where I am Wellcome Trust Fellow in Medical Humanities. I am a psychoanalyst in private practice, an effective member of the Círculo Psicanalítico do Rio de Janeiro (CPRJ), and of the Instituto de Estudos da Complexidade (IEC), Rio de Janeiro, Brazil. Between 2013 and 2016, I was Marie Curie Fellow in Sociology at the Department of Psychosocial Studies. In 2009/2010 I was a Fulbright Fellow at the Institute for Public Knowledge, New York University, US. I received my doctorate from University College London in 2011, with a thesis on the sociology of creativity.

My work situates itself at the intersection between psychoanalytic theory and social theory. In psychoanalytic theory, I am especially interested in on the themes of psychic fragmentation and psychic splitting. I am also interested in the thinking of Sándor Ferenczi, Michael Balint, and in the works of the Budapest School of Psychoanalysis. In social theory, I work on theories of recognition, and theories of collective trauma and collective creativity.

My recent monograph, Working-through Collective Wounds: Trauma, Recognition and Denial in the Brazilian Uprising (Palgrave, Studies in the Psychosocial Series, 2018) proposes a trauma theory and a theory of recognition that start from a psychoanalytic understanding of fragmented psyches and trace the social life of psychic fragments.

I am currently working on a monograph for Routledge entitled The Psychic Life of Fragments: On Splitting and the Experience of Time in Psychoanalysis.

As a Fellow of the Waiting Times project, I work on the theme The Psychic Life of Time. 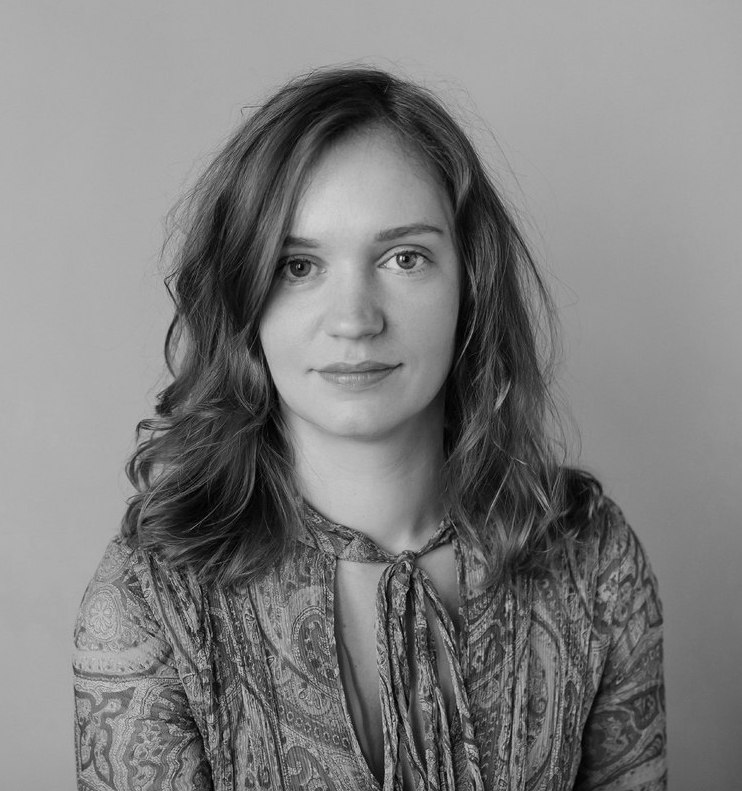 I am a PhD candidate in the Department of Psychosocial Studies at Birkbeck, University of London and joined the project as an assistant in 2021.

If you have questions about the project or would like to get in touch about anything else, please contact me at l.vanmunsteren@bbk.ac.uk