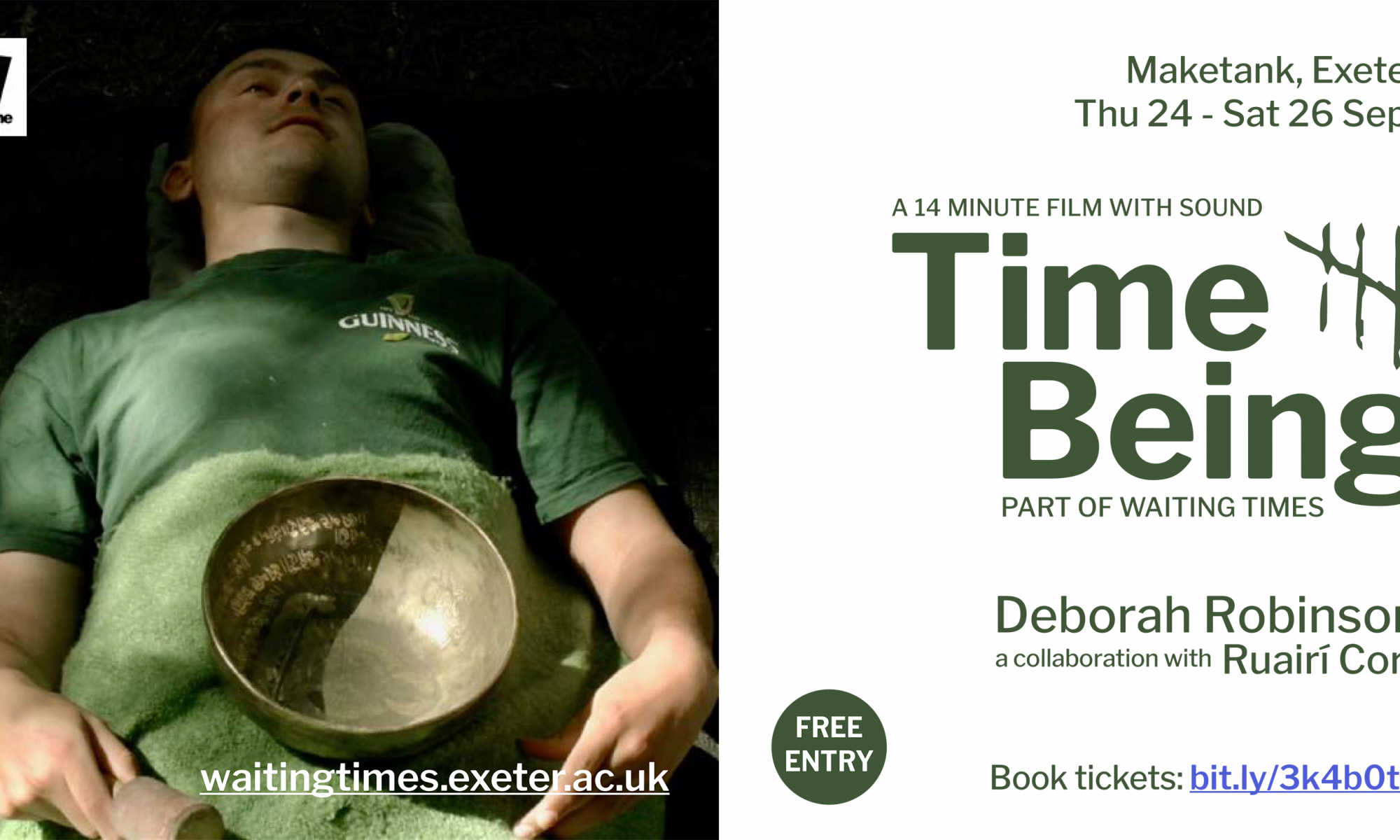 Deborah has begun making a film with Ruairi Corr, who was diagnosed at six with a degenerative genetic disorder, Adrenoleukodystrophy (ALD), a disease linked to the X chromosome.

ALD results from a buildup of fatty acid due to the relevant enzymes not functioning properly.  The fatty acid buildup in turn causes damage to the myelin sheath of the nerves, leading to seizures and hyperactivity.  Symptoms of ALD include problems with speaking, listening and understanding verbal instructions.  For more information about ALD visit ALD Life.

Ruairi lives a life that is structured around medical waiting.  He is dependent on a wide range of care givers, and the support of his close family and their friends.  Within this structure, he lives a full and busy life.

The project with Ruairi stems from Deborah’s interest in how people with sensory impairments might experience and inhabit time in a situation where medical waiting and continual care are integral to living.

People with ALD experience visual impairments and have difficulty with hearing and information processing.  These differences mean communication can be unusually slow, yet this slowness can create an atmosphere whereby people without ALD feel encouraged to adjust their tempos and communication to match the pace of life and thought of those with the disease.

From the outset, Deborah has aimed not to make a documentary about Ruairi, but to find ways to explore affect through experimentation with audio visual techniques.  Deborah says:

I wanted to capture something of Ruairi’s highly attuned multi-sensory engagement with the world through touch and sound, especially by operating at the level of vibration.  I was particularly interested in working with darkness and soundscapes.

As filming progressed, Ruairi began to shoot his own footage using a GoPro camera worn on his chest.  Rather than being the passive object of a documentary, he is participating as a collaborating filmmaker and is able to create his own record of his work and activities.

Deborah and Ruairi are working on this project with cameraman Stuart Moore.