The Political Mind Presents: The Roots of Misogyny
A Psychoanalytic Conference
Saturday 22nd January 2022
10.00am – 4:30pm
These discussions will be delivered remotely via Zoom.
Recording available*
This is a psychoanalytic conference exploring developmental and psycho-social perspectives on misogyny. We will discuss the emergence of hatred and violent persecution of women, linking its origins in the crucible of the family with its manifestations in wider society.
We hope to provide insight into the extremes of the uncivilised psyche. This special event day will include people from a wide range of disciplines.

Ruth McCall is a Fellow of the British Psychoanalytical Society, supervisor and training psychotherapist for several British psychoanalytic psychotherapy trainings and past tutor for MSc in Psychoanalytic Studies, UCL. She has a special interest in hysteria and psychosomatic disorders, and lectures on Freud and Winnicott’s work.

Renee Danziger is a psychoanalyst in private practice. She is a Fellow of the British Psychoanalytical Society, and an Honorary Senior Lecturer at UCL. She has a DPhil in politics, and a particular interest in the application of psychoanalytic theory to social and political issues. She is the author of Radical Revenge: Shame, Blame, and the Urge for Retaliation. Free Association Books (2021).

Dr Susie Orbach is a psychotherapist, psychoanalyst, writer and co-founder of The Women’s Therapy Centre in London (1976) and The WTCI in New York (1981).
Susie is the author of twelve books. Her most recent In Therapy: The Unfolding Story is an annotated version of the BBC Radio 4 series. Her first book Fat is a Feminist Issue has been continuously in print since 1978. Bodies (which won the APA Psychology of Women’s Book Prize in 2009) was updated in 2019. She has published many papers and frequently writes articles for the press, and wrote a Guardian column for ten years.
She has a strong interest in social policy and co-authored recent government-commissioned reports and has also been a member of government expert panels.
She was Visiting Professor of Psychoanalysis and Social Policy at the London School of Economics for ten years. Susie is the recipient of the Inaugural British Psychoanalytic Council’s Lifetime Achievement Award. She was elected Fellow of the Royal Society of Literature (FRSL) in 2019.

Prof Lisa Baraitser is Professor of Psychosocial Theory at Birkbeck, University of London, and a psychoanalyst and member of the British Psychoanalytical Society. She is author of the award-winning monograph, Maternal Encounters: The Ethics of Interruption (Routledge, 2009) and Enduring Time (Bloomsbury, 2017). She currently holds a collaborative award from the Wellcome Trust for a 5-year cycle of research, Waiting Times, that investigates the relationship between time and healthcare.

Jacob Johanssen is Senior Lecturer in Communications, St. Mary’s University (London, UK). He is the author of Psychoanalysis and Digital Culture: Audiences, Social Media, and Big Data (Routledge, 2019). His research interests include psychoanalysis and digital media, audience research, sexuality and digital media, affect theories, psychosocial studies, and critical theory. His second monograph Fantasy, Online Misogyny and the Manosphere: Male Bodies of Dis/Inhibition is forthcoming with Routledge. He is Co-Editor of the Counterspace section of the journal Psychoanalysis, Culture & Society. Jacob is a Founder Scholar of the British Psychoanalytic Council (BPC).

Prof Kate Manne is an associate professor of the Sage School of Philosophy at Cornell University. Before that, she was a junior fellow at the Harvard Society of Fellows from 2011 to 2013.
She specialises in moral philosophy (especially metaethics and moral psychology). feminist philosophy, and social philosophy and writes opinion pieces, essays, and reviews.

She authored Down Girl: The Logic of Misogyny (Oxford University Press: New York, 2018; Penguin UK, 2019) about the nature, function, and persistence of misogyny. A second book, Entitled: How Male Privilege Hurts Women came out in August 2020, with Crown (US) and Penguin (UK).

Dr Anuradha Menon is a Psychoanalyst in private practice in Leeds, UK and a Member of the British Psychoanalytical Society. She is originally from Kerala, India where she trained in Medicine. She qualified as a Psychiatrist in Mumbai. In the U.K she dual trained in Medical Psychotherapy and Adult Psychiatry in Leeds and works part-time as a Consultant in Liaison Psychiatry and Psychotherapy in the NHS.

Rosanna Lewis is a senior independent domestic advisor for Sistah Space). Sistah Space, is a domestic abuse service that profiles and gives voice to awareness of African Heritage Women and Girls affected by domestic and sexual abuse. Rosanna has a social work background, particularly with children and families, and has also worked in domestic violence in the local area. She has always been involved in community work and facilitates holistic health workshops, and she has also been a bookseller for many years.

Marika Mckennell is an award-winning playwright with a background in spoken word poetry and performance. She was a member of the Royal Court writers’ group and was a resident artist at the Round House London 2017-18. Marika has written shows for venues such as Camden People’s Theatre, Shaftsbury Theatre Westend (for the NYT Gala), North Wall Oxford, The Roundhouse, Bunker Theatre, Southwark Playhouse (for ALT show case) and Edinburgh Fringe 2019 where she won a Fringe First Award for her play E8. Marika has performed poetry across the UK, at venues such as The Sky Garden, The Freud Museum, and The Royal Court, as part of the Open Court Festival. As well as writing and performing Marika facilitates creative workshops and has worked for 6 years as head of drama in an alternative provision for excluded young people with complex behavioural needs in Hackney East London. 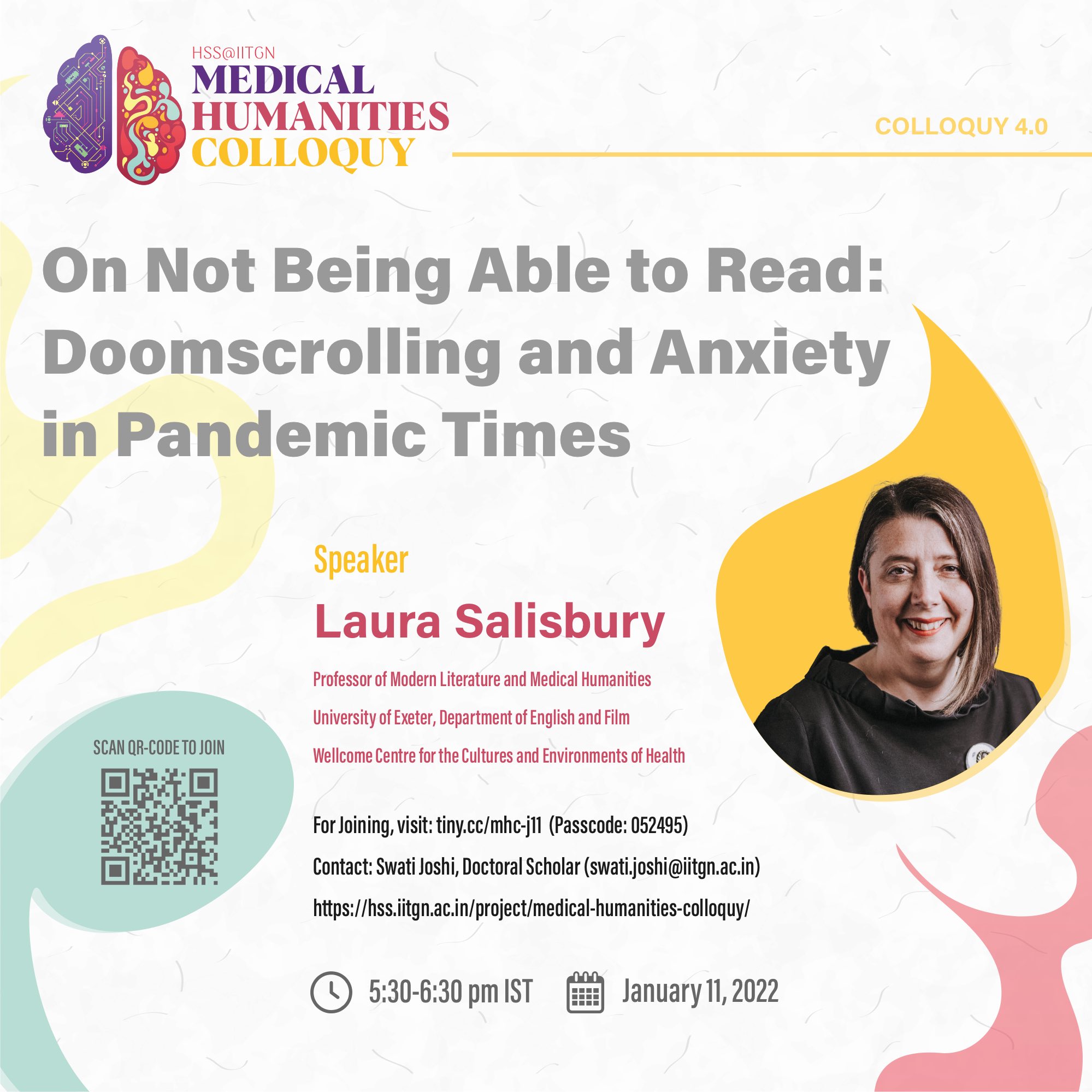 This talk analyses the phenomenon of ‘doomscrolling’ – the compulsive reading of anxiety-inducing online content – during the COVID-19 pandemic against the common idea that it is simply an addictive social practice that impedes mental flourishing. Instead, in order to open up its inclination towards care, I read doomscrolling through the anachronistic neologism that has come to define this textual practice. My talk reads the anxious textuality of Don DeLillo’s The Silence and Saidiya Hartman’s reworking of W. E. B. Du Bois’s ‘The Comet’ to demonstrate how doomscrolling emerges from a moment in which trust is anxiously fractured, but how it works, nevertheless, to witness what gets to count within a time felt to be coming to an end.