29th of September, in The Old Operating Theatre, Jordan Osserman talked about his recent book Circumcision On the Couch. The evening was illuminated by short art performances by Martin O’Brien and FYTA, and a discussion with Professor Lisa Baraitser.

“Penises, and the things people do with them, have been subjects of controversy for a long time. Jordan Osserman’s recently published book Circumcision on the Couch draws on the discipline of psychoanalysis to examine how one thing that some people do to penises – surgically remove the foreskin – has become a site upon which vital questions of gender, race, religion, sexuality, and psychic life are negotiated. In this event, Jordan and his invited guests will make use of the Old Operating Theatre’s incredible surgical setting to bring to life some major themes of the book: the nineteenth-century transformation of circumcision from a religious rite to a medical procedure designed to cure ‘nervous illness’; the psychological dynamics of contemporary anti-circumcision activism (‘intactivism’); and the psychoanalytical theories that address the symbolic significance of the phallic ‘cut’. The event will include two short performances by internationally acclaimed artists Martin O’Brien and FYTA which will address contemporary debates around circumcision and gender politics, and a discussion with Professor Lisa Baraitser about the book”. 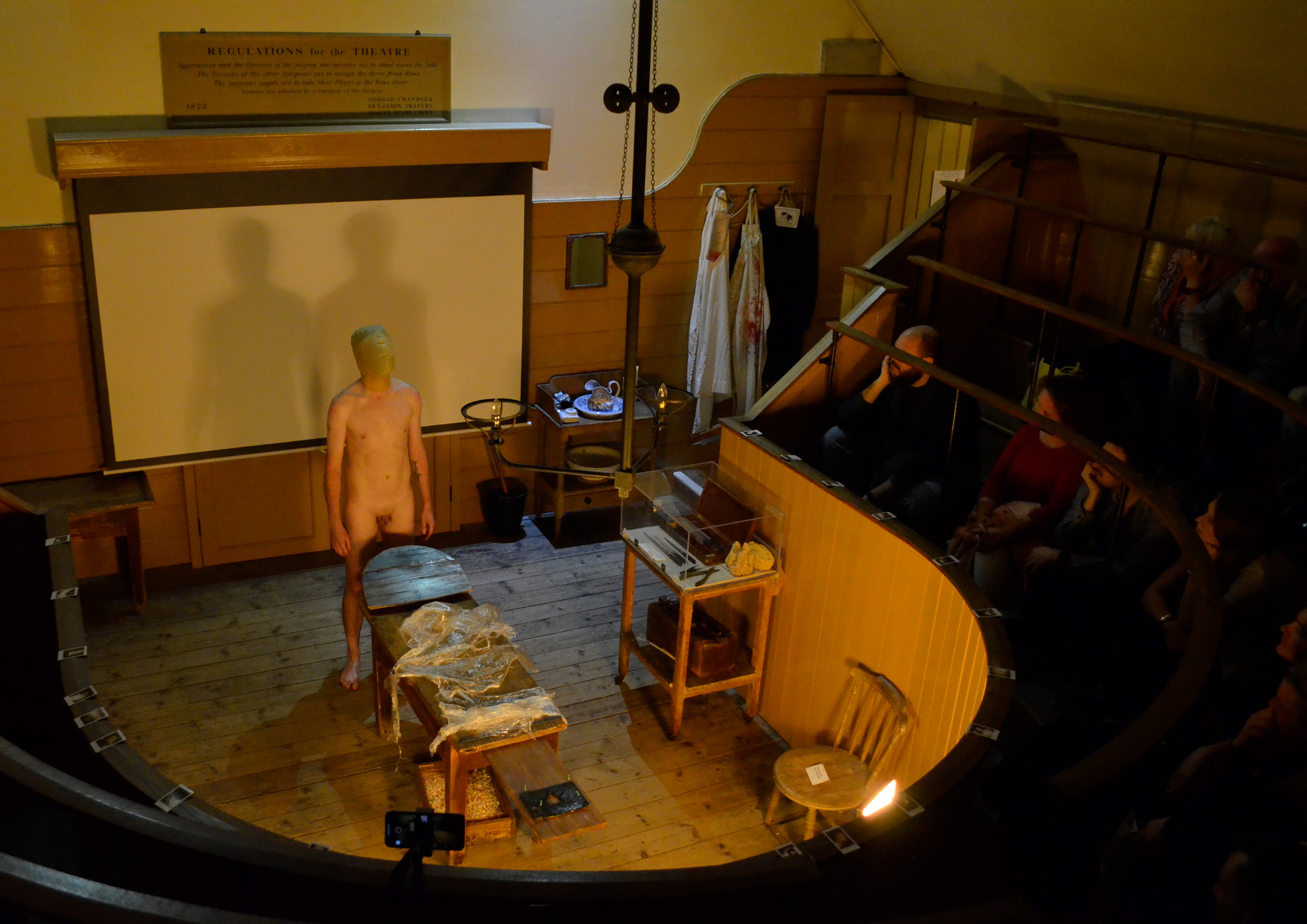 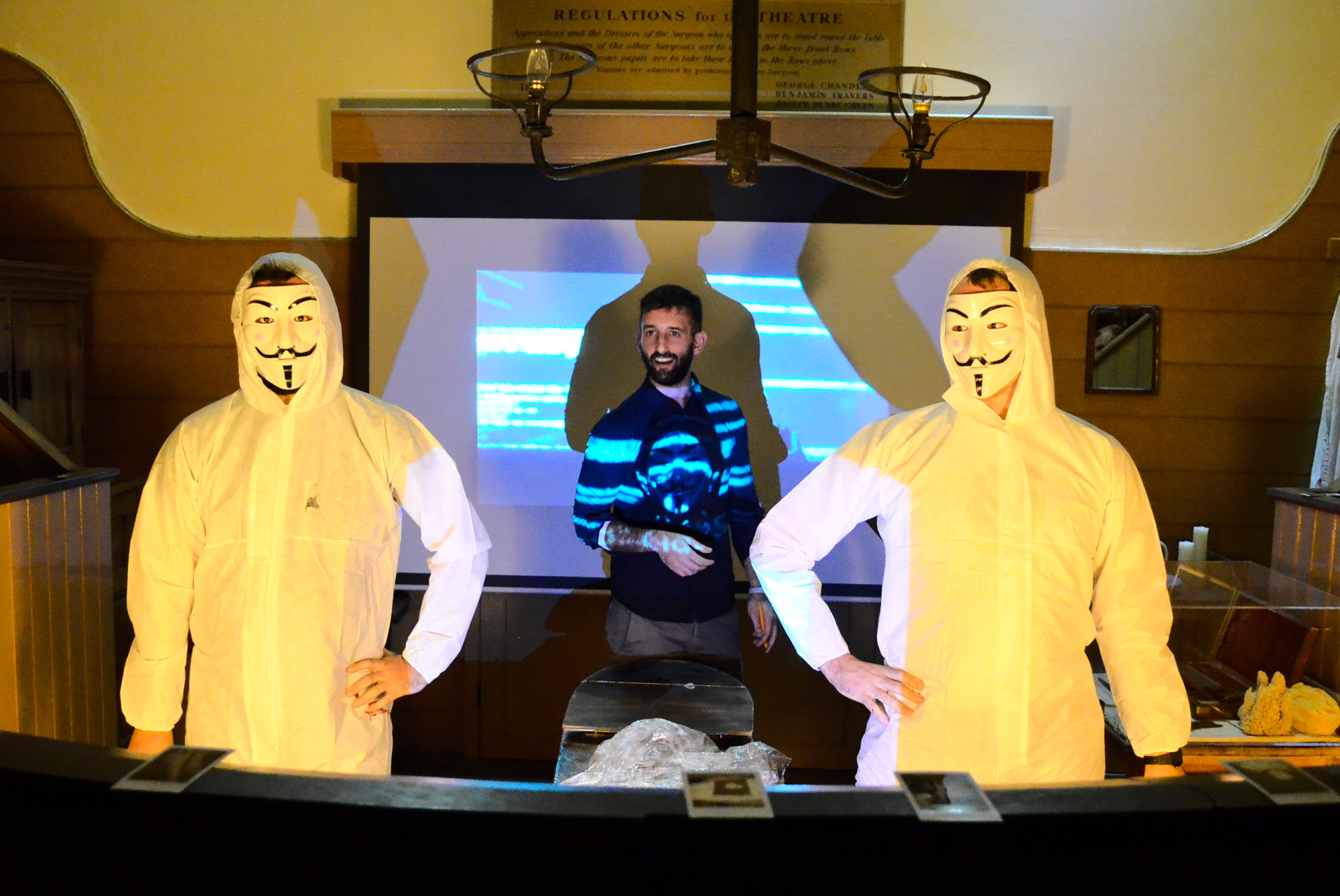 Jordan Osserman is a Lecturer in the Department of Psychosocial and Psychoanalytic Studies at the University of Essex and a psychoanalyst in formation. His research interests include the medical humanities, the Lacanian tradition of psychoanalysis, left-wing politics, and gender/sexuality studies.
Martin O’Brien is an artist and scholar, concerned with the performance and representation of illness and disability. His artistic practice uses physical endurance, hardship and pain-based practices to challenge common representations of illness and to examine what it means to be born with a life-threatening disease. He is a member of the Waiting Times project and has performed at venues including the Tate Britain, ICA, and ONE National Gay and Lesbian Archives, and has been commissioned by organizations including Arts Council England and British Council.
FYTA are an Athens- and London-based conceptual and performance art duo comprised of artists and academics Dr Foivos Dousos and Dr Fil Ieropoulous. Their interdisciplinary work draws on queer and psychoanalytic ideas to question and destabilize notions of truth, national belonging, and naturality. They have performed/exhibited in venues including the Freud Museum, the Whitechapel Gallery, and the Athens Biennale; most recently they were commissioned by the Greek National Opera to stage a queer rendition of Orpheus.
Lisa Baraitseris Professor of Psychosocial Theory in the Department of Psychosocial Studies, Birkbeck College, and co-PI of the Waiting Times project, a five-year cycle of research on temporality and care in health contexts. She is the author of an award-winning monograph, Maternal Encounters: The Ethics of Interruption(2009) andEnduring Time(2017). Her work is concerned with gender and temporality, focusing on a range of durational practices and social projects (psychoanalysis, mothering, care, incarceration, activism) in a bid to understand affective survival in late liberal conditions.

This event was generously supported by the Department of Psychosocial and Psychoanalytic Studies at the University of Essex, and the Waiting Times project.